Click HERE to register for updates.
With our unique positioning in the industry, we are able to offer distinctive opportunities.
28th June 2022

The National Lumber and Building Material Dealers Association (NLBMDA) honored Paul Hylbert (Presidents Council’s Advisory Board Chairman) with the Chairman’s Award for his contributions to the association and the lumber and building materials industry during the NLBMDA Installation Dinner event on Oct. 17 in conjunction with the ProDealer Industry Summit.

Hylbert started his career with Wickes where he spent 21 years. He served sequentially as chief executive of the Wickes Europe, Wickes Lumber, and Sequoia Supply subsidiaries before leading a leveraged buy-out of the latter to form PrimeSource in 1987. He was the CEO of PrimeSource from 1987 until 1999.

After the sale of PrimeSource, he joined Lanoga Corporation in 2001 where he served as CEO until the formation of ProBuild in 2006. Starting as COO, he later became CEO in January of 2007 where he remained until his retirement in October of 2010. He remained on the ProBuild board until May 2011 when he resigned to form Kodiak Building Partners.

Hylbert currently serves as Kodiak Building Partners Chairman. He is a past NLBMDA Chairman and has served on several committees and task groups over the years. He currently serves on the NLBMDA Building Task Group and on the LuDPAC Board of Trustees. 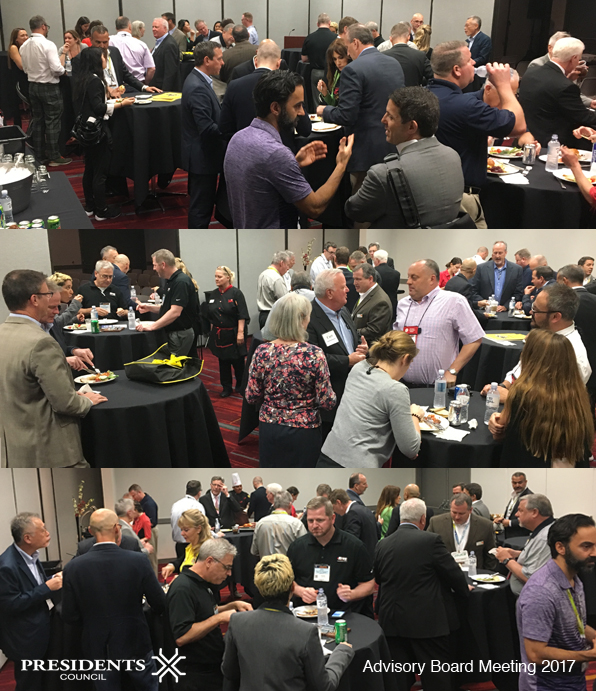 Thank you for joining us at our Advisory Board Meeting at the Las Vegas Convention Center today. We witnessed happy mingles, lots of conversation and promising handshakes. Special thanks to our speakers Francisco Torres and Flavio Albornoz from SODIMAC Chile & Michael Quesnel from BDX. See you next year!

The registration for our Buying Days during the National Hardware Show in Las Vegas is NOW OPEN.
Take a look at the fabulous list of participating retailers: